I'm long overdue a diary about the Yes campaign, calling for the legislative process to be made quicker and more effective, removing the necessity for Wales to get permission from Westminster to pass legislation that only affects Wales.  I've been involved as a photographer, working on the campaign and website images and covering events.  I'm really proud to be able to make such an important contribution to such an important campaign.

For those who won't make it through all of my blatherings, here are the important points:

- We want to reduce bureaucracy and speed up the process of making legislation that only affects Wales.

- This will save us time and money, and free up politicians and civil servants in Wales to get on with their jobs, without being delayed (for years) by jumping through hoops with Westminster.

People should get off their arses and go and vote because it is important that we have a good turnout voting Yes.  Complacency and apathy could lose us the campaign. I'm voting Yes because I believe we need a stronger voice for Wales and I believe that the Assembly is body that should be representing our interests.


For the first time ever, all four main Welsh political party leaders are on the same side in a referendum campaign. This is a major achievement and shows the appeal of the common sense agenda that Yes for Wales is united upon: Laws that affect only Wales should be made only in Wales.

Yesterday was the launch of the Yes for Wales campaign, with a press conference being held during the morning and a public launch in the evening, held at the Atrium, Glamorgan University in Cardiff. 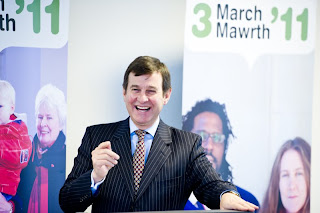 Roger Lewis, Chair of the Yes campaign, speaking to the press during the morning.

In the evening was a fabulous event, with 300 plus people from a range of political parties, and a wide variety of backgrounds, including a number of students, and people who are not politically aligned but support the Yes campaign.  We were privileged to hear really passionate speeches from the four main party leaders in Wales along with speeches from ordinary people who are encouraging others to vote yes on March 3rd. 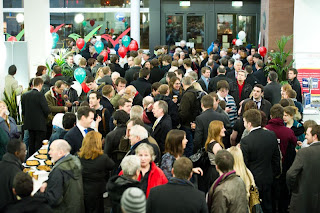 The crowds at the public launch of the Yes campaign. There was a real buzz and positive vibe throughout the event.

Much to my irritation when the chair of the yes campaign was announced and the website launched in December, the media turned the whole issue into a personal attack on individuals involved, quoting chunks from True Wales (the official No campaign), accusing the Yes campaign of using elite, wealthy, crachach to front the campaign.

No mention of the issues around the referendum itself. It was shoddy journalism that lacks integrity.  Frankly, people deserve better than that.  The decision to vote yes or no - the decision to even go out and vote in the first place - is crucially important to the continued development of the National Assembly for Wales and as such, the ability of the Welsh Assembly Government to meet the needs of people in Wales in a timely and effective way.

Fortunately, the hard work of the Yes Campaign seems to be paying off and the messages are getting through, with positive reports on last night's launch across the media.


That voting 'no' would not mean things would stay as they are. Wales' voice would be weakened. A 'no' vote would hole the Assembly Government below the water-line when it came to negotiating with Whitehall.

A 'yes' vote would strengthen Wales' voice. It would mean laws that affect only Wales would be made only in Wales - "people are uniting behind this simple principle."

A 'yes' vote would allow Assembly Members to get on with the job of "developing Welsh solutions to Welsh problems" - in other words, making decisions that are not necessarily the same as ones made elsewhere - without having to negotiate a legislative system that means they must first get the nod from Westminster.

It would create "a no excuses culture". There'd be less of an opportunity for politicians in Cardiff Bay to duck and dive and blame MPs if the going got tough. They'd have to focus on delivery and explain why if they failed. This would "raise the bar" for the Assembly.

We have unity across the political parties but most importantly we need to enagage those who don't consider themselves to be political. 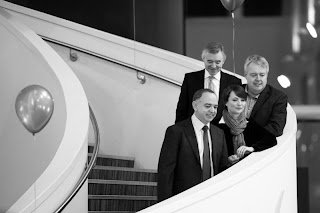 The leaders of the four main political parties in Wales are united on the Yes campaign.

My previous roles with Wales-based organisations all opened my eyes to how increasingly different Wales has become from England/Westminster in terms of it's policy decisions, values and in how close it is to the people it serves.  Most people probably don't see this.  They don't see that without the Assembly, we'd be in a much worse position through lack of representation and lack of understanding of the issues our communities are facing.  Those differences between the Assembly and Westminster are crucial in meeting the specific needs of Wales and the diversity of communities within it.  The Welsh Assembly Government in it's structure and constitution is driven by the values of equality, fairness and social justice. Ordinary people can sit and give evidence to Assembly committees. The views and experiences of ordinary people are listened to by our politicians and it does influence policy decisions.  That isn't the case in Westminster.

The argument from the No campaign seems to be that the Assembly has done a rubbish job all round. In particular they are attacking the Assembly for underfunding education. Do they really believe we'd all be better off without the Assembly?  That Westminster would have prioritised education far more than the Assembly has, with better outcomes? That Westminster would also have understood and acted effectively on all the other issues that impact on people in Wales? I think not. They call for 'true devolution' but don't articulate what that is, they just claim that what they are calling for, isn't what we have. In my view it's a straw man argument, especially from a group calling themselves True Wales, to essentially be saying that Wales shouldn't seek an easier way of enabling decisions to be taken forward.

As the Deputy First Minister and leader of Plaid Cyrmu stated in his speech last night, "I have yet to hear a plausible reason to vote `no' in this referendum." 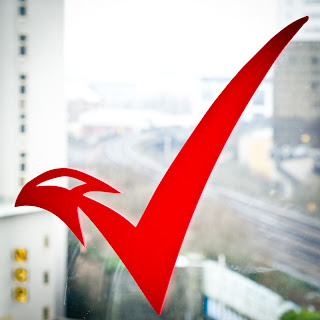