I'm slightly out of time getting this diary up (IWMD was the 28th) - cross posted from my personal blog.

Today is International Workers' Memorial Day, honouring all the people who have lost their lives due to workplace accidents and industrial disease. 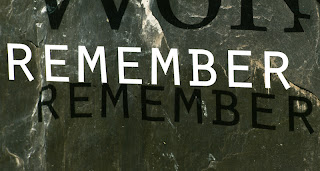 From the TUC Press release:


Every year around the world more people are killed at work than in  wars and conflict. In the UK alone, 152 workers were killed in 2009-2010  according to the Health and Safety Executive (HSE). The TUC believes  most die because employers have not made safety and well-being at work  enough of a priority.
IWMD - held on 28 April every year - commemorates those people who  have been killed whilst at work, and all over the world workers organise  events, demonstrations and vigils to mark the day.

Wales TUC held an event today, with First Minister Carwyn Jones unveiling a permanent memorial to workers from Wales who have lost their lives at work.

Two speakers told their stories of family members who they had lost through accidents at work, and the lengthy battles that they embarked on to try to seek some justice for their loved ones.

It takes courage and bloodymindedness to fight a long battle in the courts, and I have utmost respect for those families who have done so and keep up the campaign to remind us all why health and safety is so important in workplaces, especially in the face of threats to cut regulations that protect people at work.

One of images I took particularly hit me. I just found the grief to be palpable, the pain still so visible.  It's a very real reminder of why trade unions are so crucial when it comes to helping protect people's rights, and how we can never be complacent about what we have.


Remember the dead, fight for the living. 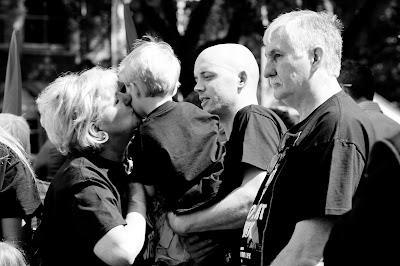 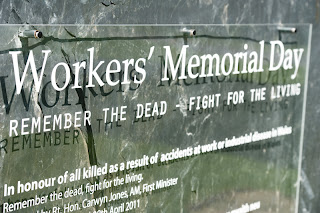