Five fraudsters who pretended to be making a Hollywood blockbuster as part of a £2.8m VAT and film tax credits scam have been jailed.

Tax inspectors were told that A-listers from Hollywood were starring in a £19.6m production that would be shot in the UK.

But the film, Landscape of Lies, was never made and the only footage shot was seven minutes of "completely unusable quality" filmed in a flat and costing just £5,000.

In the USA, copyright trolling appears to be a viable way to extract a revenue stream from any film that people can be persuaded to download; and circumstantial evindence suggest that there exists an industry of producing industrial-grade movies for the sole purpose of sending people threatening letters to obtain money.

One of the most transformational ways the internet is useful to cinema is as a means of raising finance.

This diary is basically a plug for a film which needs funding if it is to be completed : Je suis une peau rouge [I am a redskin] by Virginie Valissant-Brylinski.

The subject of the film :

She is a woman, Caroline Amoros. Fifty, small, rather quiet. Married and has a daughter. She lives in a small village in the Jura (eastern France). She works. Her profession: performance  artist, actress ... committed artist. His work is recognized, she has won the SACD prize three times. Programmers book her, and her creations: soft-toy princesses. At first there are three princesses: Rose, Mrs. Lejaune and Kristin. As in fairy tales, along the way these modern heroines encounter obstacles, pitfalls. Censorship rears its head, in various forms, more or less diffuse. The space for artistic expression shrinks. Will the artist let herself be impressed, deterred? Will she make concessions, accept compromises, pare down her convictions, so as to adapt her cultural offer to the ambient demand? Or will she find new ways, new places to express herself? 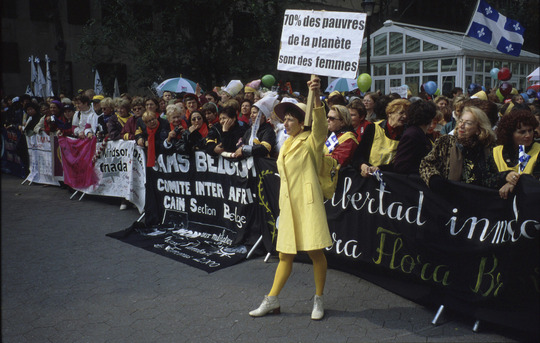 Technically, as president of the Princesses Peluches association, I am her employer.

Her own work is hard enough to fund: she is a street artist, but not a busker. She relies principally on public money : sale of her performances to municipalities, residencies in cultural institutions, grants from regional or national funding bodies. Both the funding and the public space in which she works are constantly under threat, often in retreat. 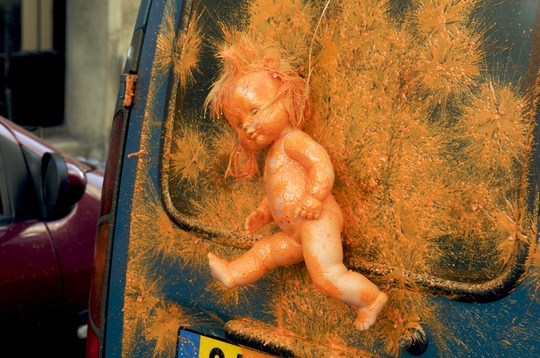 The film-maker has been following her work, on her own time, for five years, between other projects. Now the princely sum of €7000 is required to do the post-production, and enable distribution of her feature-length film.