From baronial estate to science campus 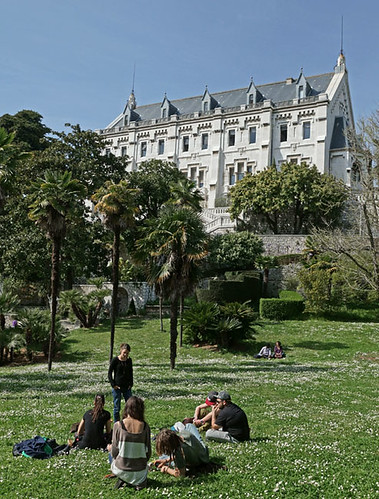 Near me in Nice is Valrose park and chateau, which used to be owned by Paul von Derwies, the financial advisor to Tsar Alexander II, who made Derwies a baron. But, it's suggested, the established aristocrats in Nice didn't accept the new baron, so he built this spendid place above Nice - and them.

But it's now the base of the university of Nice Sophia Antipolis and the home of the science faculty. 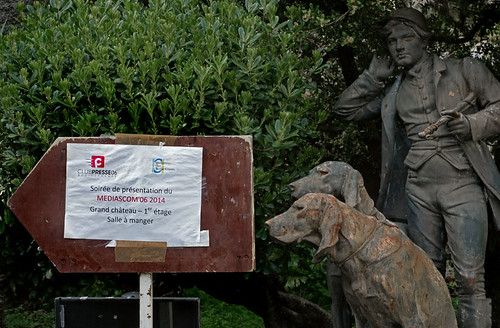 I thought I had explored the grounds, but, when researching online, I found a photo of a small lake which I'd never seen. 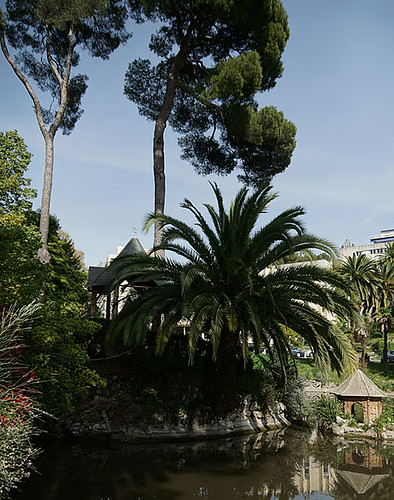 The next time I went back I looked a bit more thoroughly and found a partly hidden area with lake, little bridges (some sadly decaying) and huts with statues, even mock Greek ruins. 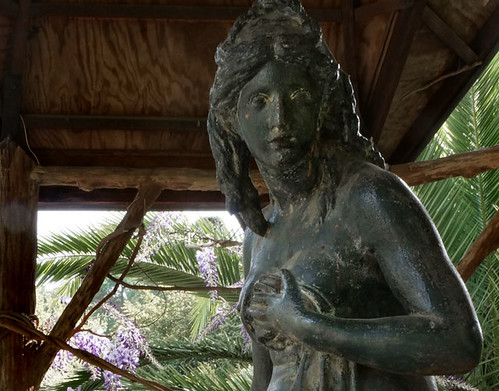 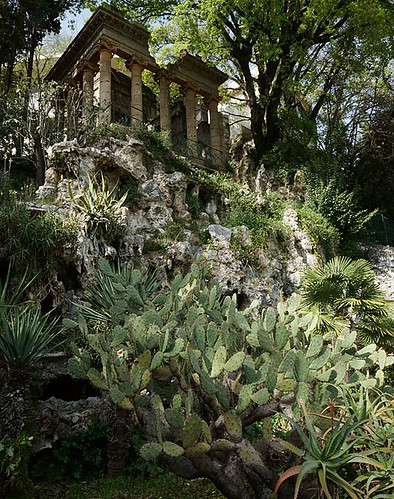 This was clearly the area that Queen Victoria liked to stroll around: 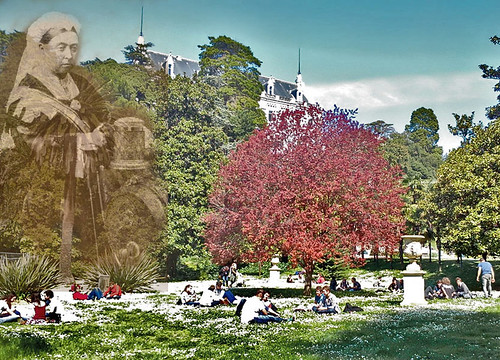 The Tsar visited too, but might not have been too happy about all these students: 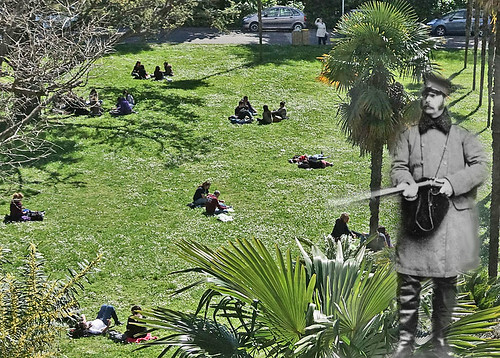 Though a young member of staff I'd met had told me that I could go into the chateau itself, I was hesitant to do so, the Harrow campus of Westminster University has had security guards for years. I needed to overcome my very English need to avoid potentially embarrassing situations. 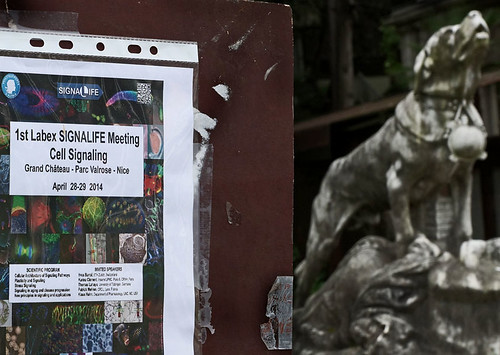 But I saw a poster about an academic conference on "cell signaling" and that day was the last day so I thought the worst they could do would be to say no, so decided to try.

There was a woman at a table just inside the entrance, I gave a nod and walked by as if I was a regular attendee and entered the conference. It was in what had been the baron's huge private concert hall, where it was question-time following a presentation. 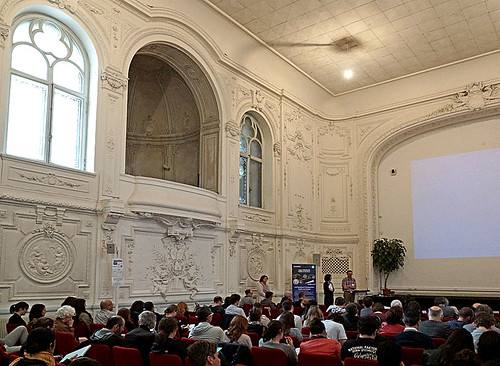 From the theatre there was a magnificent staircase which I took up to the next level. 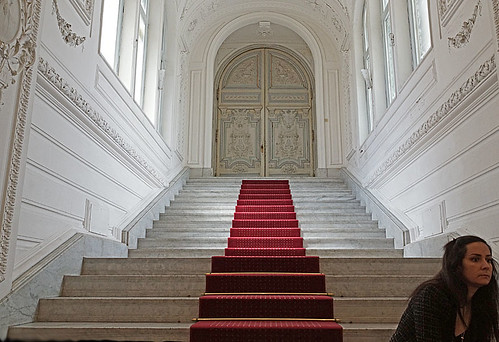 At the top another woman asked me if I was in the conference. I said I was a friend of one of the professors - which was only being a bit generous with the truth - and it satisfied her. 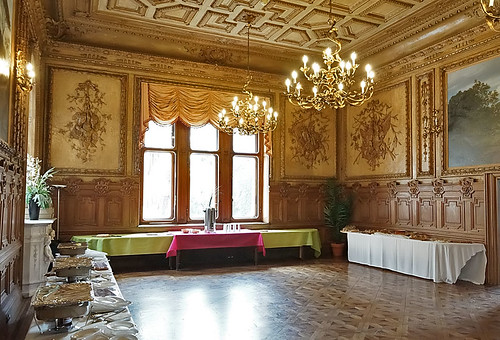 I entered an impressive salon and the traiteur was about to tell me the reception wasn't ready yet, but first I got in my: "It's magnificent" and he said "It certainly is" and let me get on with my photos, his female assistant apologising for getting into my photos. I assured her it helped by adding a human scale. 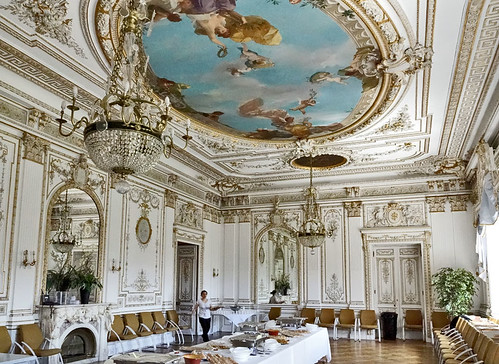 I'm sure I could have joined in the reception itself and might have done had it been about history or philosophy rather than "cell signaling". But I'd overcome my hesitation about intruding and I'd got my photos of this relic of Nice's 19th century attraction for the international aristocracy and nouveau-riche.

Art students come to enjoy the capmpus and draw the classical statues: 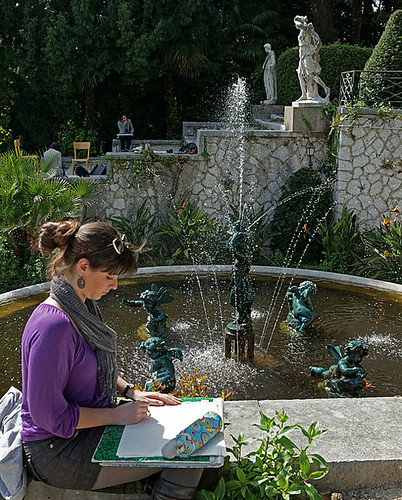 Despite my lack of comprehension of the current topic, I was glad that this had become a bastion of Enlightenment values and home to students of science. According to Nice-Matin one of the researchers here had been involved in the recent discovery of gravitational waves. You can't get much more cutting-edge than that:

If confirmed, the detection by physicists of primordial gravitational waves created in the first moments after the big bang, reported on Monday, will go down in the annals of science as a fundamental breakthrough in our understanding of how the universe began. 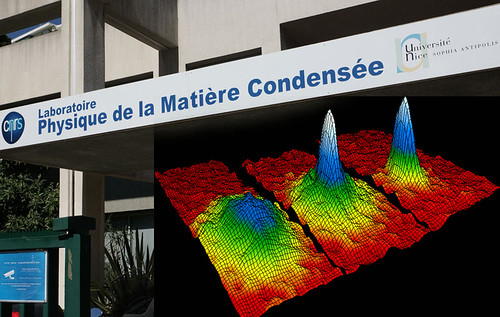 Coming up - Explain your PH D in 3 minutes 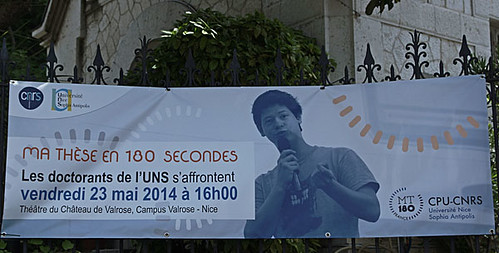 The 3 Minute Thesis is based on a concept developed by the University of Queensland, where PhD students compete to deliver the best research presentation in just 3 minutes (and one slide). The competition has now gone global

I wonder if the gravity waves guys could do that !

They'll think about it later: 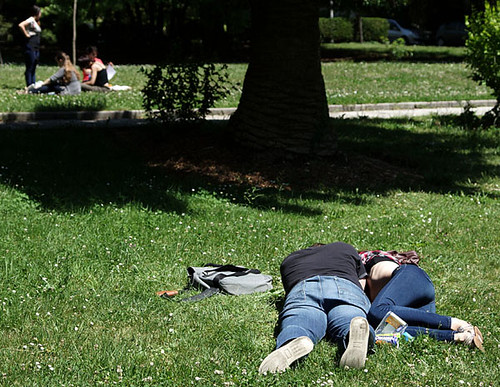