Building a Singapore on the Thames: financials, biosciences, surveillance, robotics, AI and regulatory convergence with the US of A. Becoming a satellite state inside Europe ... how will a united [?] EU react as it happens after the 31st of October. The magnetic pull of pure capitalism on the EU and its future ... care to extrapolate how the economics in the UK will regress or progress? A whole new ball game. Here is an introduction by the man himself from the Hudson Bay high rise ...

In what Downing Street has billed as Johnson's setpiece Brexit speech in New York, on Tuesday morning he is to address US and Canadian businesspeople in the city's plush and newly built Hudson Yards district.

According to extracts of the speech released in advance, Johnson will promise that a post-Brexit UK would "roll out the red carpet" for US businesses, with "the most competitive tax rates and the best skilled workforce in the hemisphere".

Continued below the fold  ...

"As we come out of the EU we are going up a gear," he is due to say. "We are going to take advantage of all the freedoms that Brexit can give, whether that is new tax allowances for investment or speeding up public procurement contracts."

In a round of TV interviews in New York, Johnson said examples where the UK could diverge from EU regulations in the future could be financial services or biotechnology, "where we want to do things different".

He told Channel 4 News: "To give you another example, it may be that we want, for instance, to take advantage of tax freedoms to allow companies to invest more in capital and plant. We may want to do free ports in the UK to drive up economic growth in areas that have fallen behind."

The United States is Britain's second biggest trading partner after the EU. It was the biggest individual country destination for UK exports in 2018, accounting for 19 percent of all British exports, or 118.2 billion pounds ($146.90 billion), and the second biggest source of imports to Britain, worth 72 billion pounds.

"This year our country takes a giant step out into the world," he will tell the event, which will also be attended by British companies operating in the United States.

Johnson's pitch could raise concern in the EU, which has voiced concern that it could be faced with a low-tax, low-regulation "Singapore on Thames" after Brexit - an economically powerful, immediate neighbor that seeks to attract investment through cutthroat competition with the bloc.

The EU has insisted on firm "level-playing field" commitments from Britain in any Brexit deal - yet to be finalised - to ensure it could not put substandard products into the bloc's single market at dumping prices.

In a story just beyond Western capitalist horizon ...

World's poor get less than 1 cent a day for climate change: Oxfam

The costs of battling climate change are increasing for the world's poorest communities, as they struggle with more extreme weather patterns and insufficient aid, the UK-based aid group Oxfam said on Monday.

"People in Mozambique and the Horn of Africa are facing mounting human and financial costs from climate-related disasters they did least to create," Oxfam said in a statement. 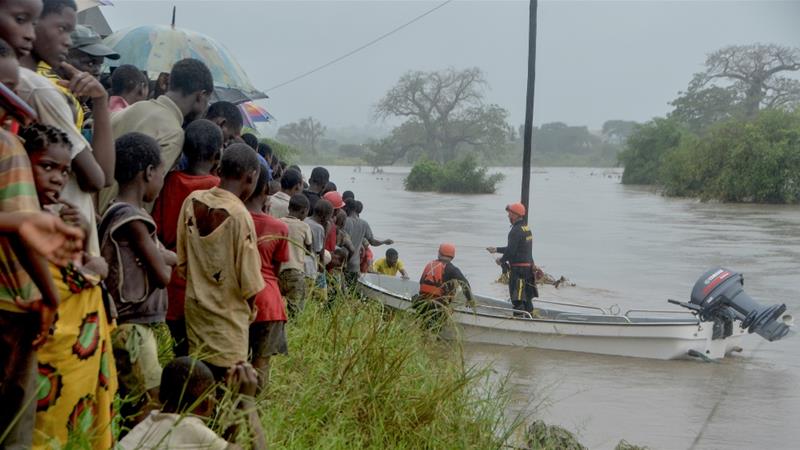 A new report by Oxfam showed that the 48 least developed countries in the world are receiving between $2.4bn to $3.4bn a year to cope with disastrous climate events, equivalent to approximately $3 per person annually or less than one cent per person each day.

This is despite the fact that people in these countries contribute less to carbon emissions compared with the average United States citizen. The average footprint of the richest one percent of people globally could be 175 times that of the poorest, Oxfam said.

○ What will we say to our grandchildren, as we dither over the solution to arrest climate change that lays before our eyes? | SCMP |

The prophet running the show from the White House ... unless he's at his very own golf resort of course !

This very expensive GLOBAL WARMING bullshit has got to stop. Our planet is freezing, record low temps,and our GW scientists are stuck in ice