It's time now to start looking forward.  On Monday, I will present a draft mandate for the negotiations with the #UK.

One thing is clear: the interests of 🇪🇺, of each and every Member State and of all our citizens come first. [_link] pic.twitter.com/JaiGEmjTq0

Jean-Claude Juncker: 'Brexit was a waste of time and energy' | Interview  France24 |

"This is a sad day for the European Union, it's a tragedy in history," former EU Commission president Jean-Claude Juncker told FRANCE 24. "But Britain is a great nation, British people have inspired so many positive undertakings in the world that I will never have disrespectful feelings for Britain."

With less than 12 hours before the end of Britain's EU membership, three EU presidents spoke of their ambitions for the future of the club, as they sought to turn the page on three and a half years of Brexit negotiations.

"We know very well that as the sun rises tomorrow a new chapter for our union of 27 will start," said the European commission president, Ursula von der Leyen, setting out the EU's ambitions to confront the climate emergency and adapt to increasingly rapid digitalisation of the economy.

She said the EU had become "a global economic powerhouse" over the last 47 years.

"Our experience has taught us that strength does not lie in splendid isolation, but in our unique union. Nowhere else in the world can you find 27 nations of 440 million people speaking 24 different languages, relying on each other, working together, living together. This is not by accident or by chance; this is grounded in centuries of shared history, decades of shared experience," she said.

Reiterating the EU's long-held stance, she added: "We want to have the best possible relationship with the United Kingdom but it will never be as good as membership."

NEW: Foreign Sec Dominic Raab says he "doesn't think" that the PM's proposals for future trade with the EU will lead to border checks & extra costs/paperwork for businesses.

Mr Raab has accused the former European Council president Donald Tusk of being "irresponsible" in saying Brussels feels "empathy" towards an independent Scotland joining the EU .

He tells Marr: "I think it was frankly un-European and rather irresponsible given the separatist tendencies in Spain, France and Italy."

UK Prime Minister Boris Johnson is set to outline an uncompromising stance on post-Brexit trade talks with the European Union. The EU and the United Kingdom have until the end of the year to seal an agreement.

Prime Minister Boris Johnson will outline tough terms for post-Brexit trade talks with the European Union on Monday, with the UK leader expected to say "Britain will prosper" regardless of the outcome.

"There is no need for a free trade agreement to involve accepting EU rules on competition policy, subsidies, social protection, the environment, or anything similar," Johnson will say in his speech, according to excerpts released by his office on Sunday, just days after the UK left the now 27-member bloc.

He is also expected to say that if the European Union does not accept an agreement similar to the EU's arrangement with Canada, then trade with the EU will have to be based on the UK's existing withdrawal agreement with the bloc, which would be "more like Australia's."

○ EU Exit: Taking back control of our borders, money and laws while protecting our economy, security and Union 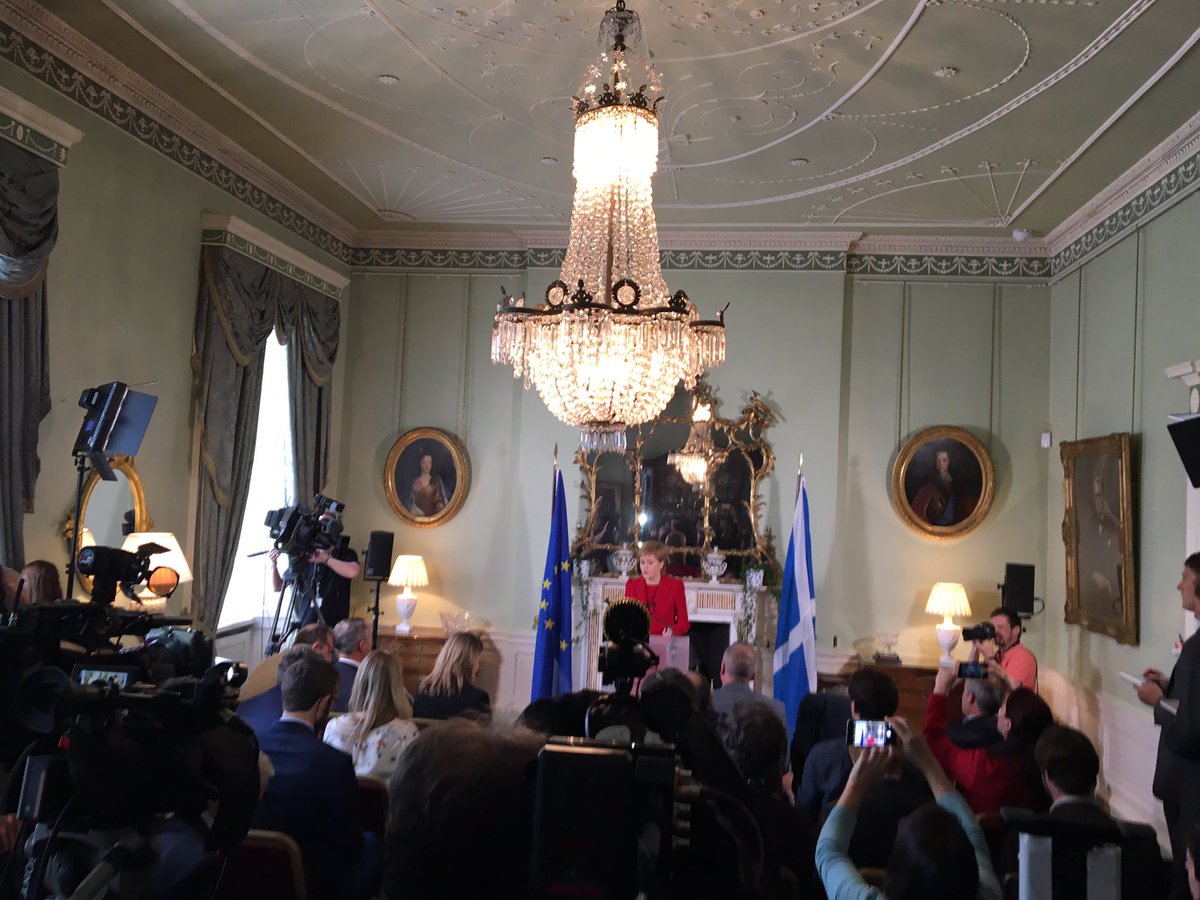 This week's cover: Divide and rule. How the EU used Ireland to take control of Brexit, by @JGForsyth pic.twitter.com/UiBbnuG9LH

Still pretending it's delivered, you (and your followers) should read this and then you should get some rest and get ready. You have a lot of brexit work to do and you have given yourself very little time to do them[_link]

Prime Minister Boris Johnson has said when it comes to trade with the EU after Brexit: "We want a comprehensive free trade agreement, similar to Canada's". The EU's agreement with Canada is called the Comprehensive Economic and Trade Agreement, or CETA for short.

The EU began negotiating with Canada in 2009, and CETA provisionally came into force in 2017, although it has not yet been signed off by all the EU member states.

What does CETA do?

We've heard a lot about wanting a "zero-tariff, zero-quota" deal between the UK and the EU. CETA does not do that. CETA gets rid of most, but not all, tariffs (that's taxes on imports) on goods traded between the EU and Canada. Tariffs remain on poultry, meat and eggs. It also increases quotas (that's the amount of a product that can be exported without extra charges) but does not get rid of them altogether.

The UK is open to an 'Australia-style' EU trade deal

British Prime Minister Boris Johnson will consider a looser trade agreement with the European Union, similar to the bloc's ties with Australia, rather than follow EU rules to reach a closer deal, a government source says.

"There are only two likely outcomes in negotiation - a free trade deal like Canada or a looser arrangement like Australia - and we are happy to pursue both," the source said.

Canada does not follow EU rules, but some EU governments are reluctant to give Britain similar leeway to diverge on labour and environmental standards, given the much greater trade volumes involved.

In some areas, such as the minimum wage, maternity leave and the elimination of single-use plastics, British standards significantly exceed EU minimums.


Intelligence: Everlasting Role of the Octopus

Intelligence: Everlasting Role of the Octopus

A Few Events in the Global Climate Conversation

New Government to be formed in Ireland?